Last week we had our first ever Vex IQ scrimmage. Vex IQ is the robotics platform I've been implementing in CSDO schools for the last year and a half. It is an entire world of robotics hardware, software, instructions, and curriculum, as well as a world wide competition infrastructure.

I think robotics is a spectacular opportunity to build a bunch of key skills for kids. There are the obvious hard skills in understanding gears, linkages, torque, simple machines, and programming. But students also need to research, write, and organize as they go through the engineering process. Teamwork is a major component, as every robotics team can consist of 2-10 students.

It's a great way to engage a group of enthusiastic learners in an after-school program or summer camp. And the teacher doesn't really need to know that much; just where to point them to learn more.

We started this program by securing a grant to purchase Vex IQ kits for 6 schools. We went with Vex IQ for a few reasons: 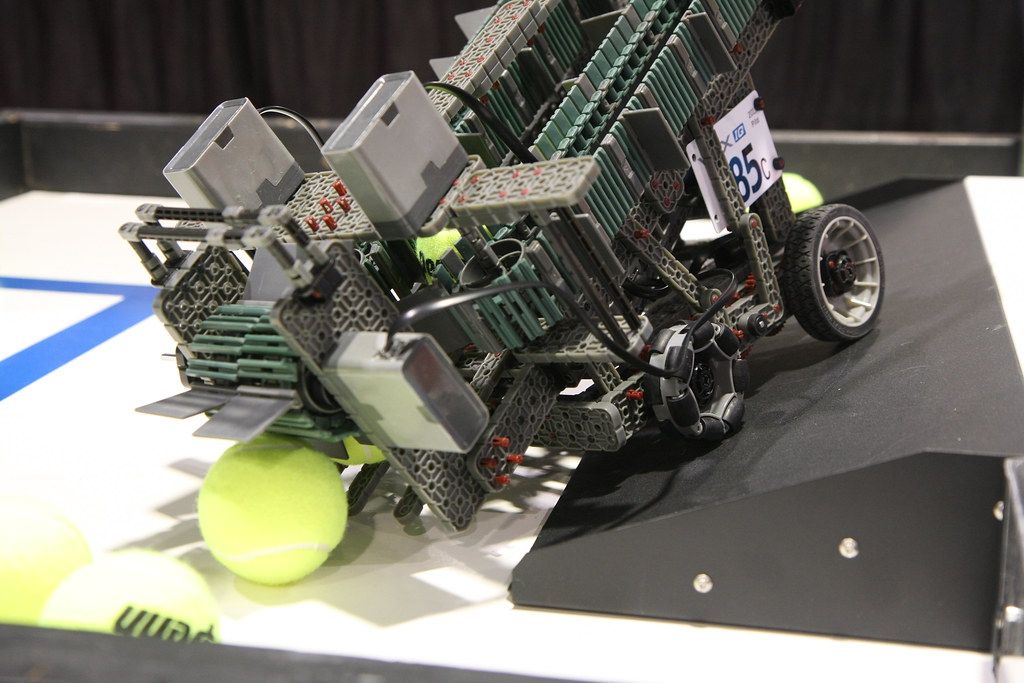 A VexIQ competition robot from a game a few years back.

As a teacher, I loved that our students could both design a physical robot and program it. This is way different from lots of other robots marketed to education that only focus on the programming aspect.

From the moment we had the funds for robotics, I knew I wanted students to compete. Competition is maybe the most authentic assessment students can engage in. It rewards passion and commitment like nothing else. And Vex competition is no joke.

Vex robotics is built around a game that changes every year. Students need to design around the specific challenges of that game. While a bot built from instructions will work (Vex has a few different designs), it won't work very well. To outplay other teams, students need to make the best possible robot for a specific task. That means learning basic engineering skills and applying them through teamwork.

I wanted our students to be inspired by the possibility of success on the state, nation, or world-wide level! As a diocesan leader, I felt my role was to set the conditions that would allow the passionate students and educators to succeed.

After hosting a tournament last year, the first thing our students wanted to do was compete again! They were inspired by the experienced teams that came to compete from outside the Diocese. They were also a little intimidated, and we realized they should have more experience before an official competition. 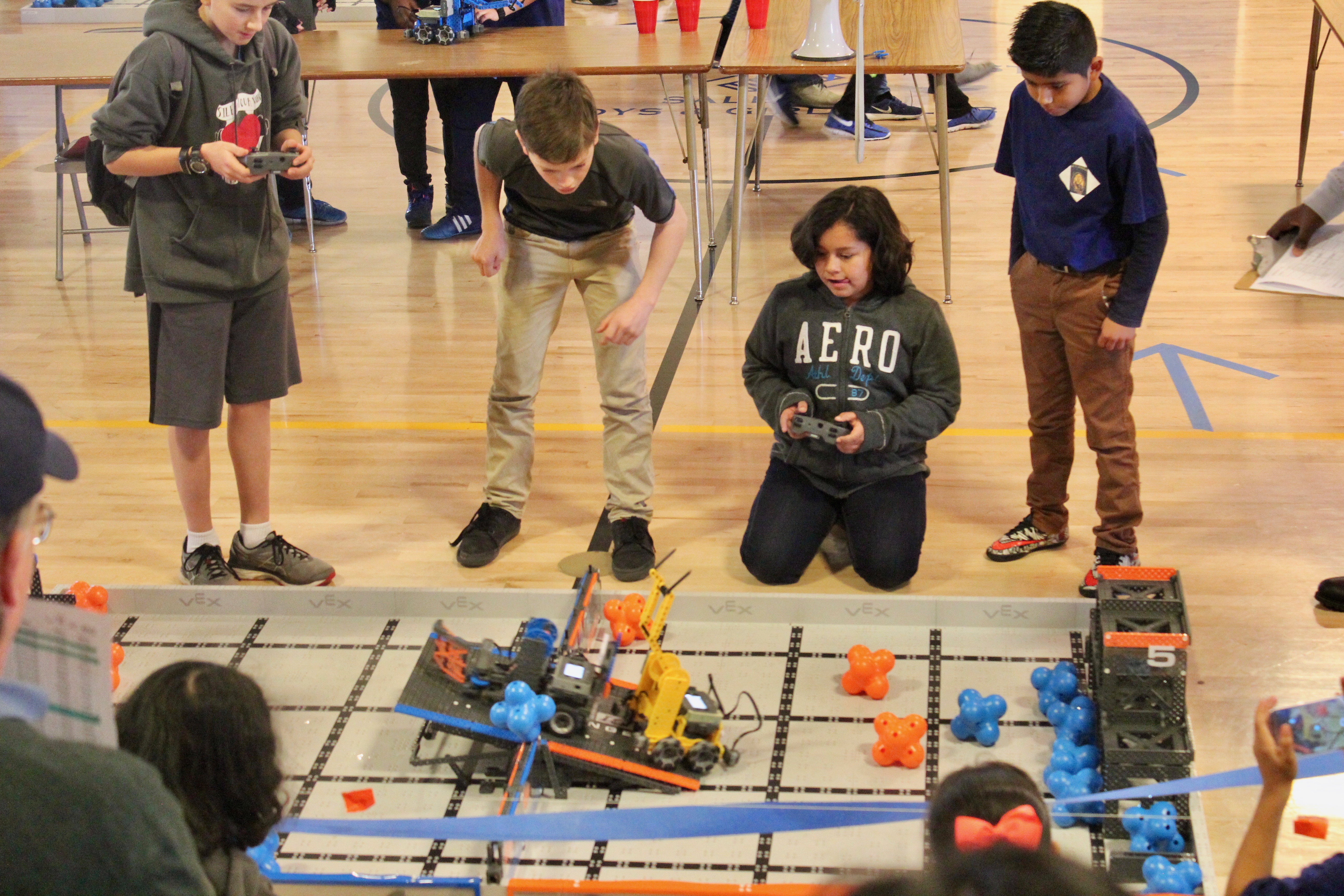 For this year, we planned several scrimmages to help students get ready for the tournament. At the scrimmages, we are providing opportunities to play the current Vex IQ challenge and also holding workshops so students and teachers can learn the skills they need to succeed in competition. Participating in the scrimmages allows students to iterate their designs and programming. Most teams arrived at the first event with robots built from instructions. Hopefully, they learned a little about how to redesign their robots to play better next time!

I love talking about VexIQ robotics. Ask me about it!

7 Steps to Cyber Security for Schools

How Cybersecurity is broken and what schools can do

Why Vex Robotics is Amazing!